Cook Along with Ming – Asparagus Stir-fry with Tofu

Monday, May 17 at 7 pm Chef Ming Louie will demonstrate how to create a delicious vegan dish step by step so attendees can cook along with him and taste the results at home! Ingredients needed for Asparagus Stir-fry with Tofu: 1 bunch asparagus Soy Sauce Oyster or Hoisin (vegan) sauce 1 block of Tofu, extra…

Thursday, May 20 at 7 pm Keep your mind fresh and test your general knowledge at our monthly trivia night on Zoom. Compete for the prestige of being Northville’s “smartest” library patron! Join Zoom Meeting Meeting ID: 828 2863 0263 Passcode: 243526

Monday, May 24 at 7 pm In a Memorial Day remembrance and virtual program, we are pleased to present and welcome both Lt. Col. Alexander Jefferson and Lt. Col. Harry Stewart of the 332nd Fighter Group of Tuskegee Airmen – Redtails.  The two American heroes will speak about their brave experiences and service during WWII.…

Evolution of Democracy in the United States

Wednesday, May 26 at 7 pm Historian Christine Cook will present on the evolution of democracy in the United States. Beginning with the thoughts and philosophies common in the colonies prior to the revolution, she’ll discuss the decisions made that led to a democratic republic as the governing principle in the United States. Other topics…

Saturday, June 12 at 10 am Location: the Park next to the Library Are you a knitter or crocheter or other fiber artist? Come join your fellow crafters in celebrating Northville District Library’s 2nd annual participation in World Wide Knit in Public Day. Weather permitting, we will meet in the park adjacent to the library.…

Wednesday, June 16 at 7 pm via Zoom Don’t have a proper garden at home? Learn how to grow flowers and veggies in containers of all shapes and sizes. Presentation by Deirdre Hope, MSU Extension Master Gardener. Registration Required.

Thursday, June 17 at 7 pm via Zoom (Registration for this event opens Thursday, May 20) Keep your mind fresh and test your general knowledge at our monthly trivia night on Zoom. Compete for the prestige of being Northville’s “smartest” library patron! Registration Required. Join Zoom Meeting Meeting ID: 828 2863 0263 Passcode: 243526

The Fight for Survival: The Battle of Little Bighorn with Heather Bruegl

Wednesday, June 23 at 7 pm via Zoom February 1949: RCA introduced the first 45rpm record; President Truman began his second term; the first TV soap opera debuted; and the couple who would become infamous as the “Lonely Hearts Killers” arrived in Grand Rapids, Michigan, where they committed a crime that would bring an end…

Learn the Libby App by OverDrive

Thursday, June 24 at 11 am Meet the Libby app and learn how to browse, search and discover thousands of eBooks, audiobooks, and magazines. Sync and read across devices, stream to listen in your car, and send to your Kindle. Library card and PIN number required. Download the Libby app on: iOS 9+ (get it…

SRU AD-40: Life in a WWII War Zone Without Conflict with Bob Drongowski

Wednesday, July 7 at 7 pm via Zoom Anthony Drongowski was stationed on Isle Nou at Noumea, New Caledonia from 1943 – 1945. His son, Bob, began researching his father’s service and his fellow soldiers only after his father died in 2000. Bob was able to locate and communicate with more than 80 men from…

All are welcome to join our lively, informal book discussions held on the second Monday of each month at 7 pm. Fiction and non-fiction titles are chosen based on professional reviews, awards lists, and recommendations from the group members. No registration needed, just drop in.

Monday, May 10 at 7 pm
Vivid, gripping, and steeped in the language and traditions of Việt Nam, The Mountains Sing tells an enveloping, multigenerational tale of the Trần family, set against the backdrop of the Việt Nam War.

Monday, June 14 at 7 pm
American journalist, Bruder, writes about the phenomenon of older Americans who, following the Great Recession from 2007 to 2009, adopted transient lifestyles traveling around the United States in search of seasonal work. Inspired the most recent OSCAR winner for Best Picture. Registration Required.

Monday, July 12 at 7 pm
A deeply personal work about identity and belonging in a nation coming apart at the seams, Akhtar blends fact and fiction to tell an epic story of longing and dispossession in the world that 9/11 made. Registration Required.

My Wife said you May Want to Marry Me by Jason B. Rosenthal

Monday, August 9 at 7 pm
An inspiring memoir of life, love, loss, and new beginnings by the widower of bestselling children's author and filmmaker Amy Krouse Rosenthal, whose last act of love before her death was setting the stage for her husband's life without her. Registration Required.

Keep your mind fresh and test your general knowledge at our monthly trivia night on Zoom. Compete for the prestige of being Northville’s “smartest” library patron!

Until further notice, book discussions will be held virtually on Zoom
For those 21+...this is not your parents’ book club. Kick back, relax and chat about books while enjoying your favorite beverage (BYOB...buy your own beverage). Meets every other month at The Wagon Wheel on Main St.

The Vanishing Half by Brit Bennett

Tuesday, June 1 at 7 pm via Zoom
The Vignes twin sisters will always be identical. But after growing up together in a small, southern black community and running away at age sixteen, it's not just the shape of their daily lives that is different as adults, it's everything: their families, their communities, their racial identities. Many years later, one sister lives with her black daughter in the same southern town she once tried to escape. The other secretly passes for white, and her white husband knows nothing of her past. Still, even separated by so many miles and just as many lies, the fates of the twins remain intertwined. What will happen to the next generation, when their own daughters' storylines intersect?

Weaving together multiple strands and generations of this family, from the Deep South to California, from the 1950s to the 1990s, Brit Bennett produces a story that is at once a riveting, emotional family story and a brilliant exploration of the American history of passing. Looking well beyond issues of race, The Vanishing Half considers the lasting influence of the past as it shapes a person's decisions, desires, and expectations, and explores some of the multiple reasons and realms in which people sometimes feel pulled to live as something other than their origins.

As with her New York Times-bestselling debut The Mothers, Brit Bennett offers an engrossing page-turner about family and relationships that is immersive and provocative, compassionate and wise. Registration Required.

The Great Believers by Rebecca Makkai

Tuesday, August 3 at 7 pm via Zoom
In 1985, Yale Tishman, the development director for an art gallery in Chicago, is about to pull off an amazing coup, bringing in an extraordinary collection of 1920s paintings as a gift to the gallery. Yet as his career begins to flourish, the carnage of the AIDS epidemic grows around him. One by one, his friends are dying and after his friend Nico’s funeral, the virus circles closer and closer to Yale himself. Soon the only person he has left is Fiona, Nico’s little sister.

Thirty years later, Fiona is in Paris tracking down her estranged daughter who disappeared into a cult. While staying with an old friend, a famous photographer who documented the Chicago crisis, she finds herself finally grappling with the devastating ways AIDS affected her life and her relationship with her daughter. The two intertwining stories take us through the heartbreak of the eighties and the chaos of the modern world, as both Yale and Fiona struggle to find goodness in the midst of disaster.

The Great Believers has become a critically acclaimed, indelible piece of literature; it was selected as one of New York Times Best 10 Books of the Year, a Washington Post Notable Book, a Buzzfeed Book of the Year, a Skimm Reads pick, and a pick for the New York Public Library’s Best Books of the year. Registration Required.

Wednesday, May 5
Head to the library's Vimeo page to watch this month's adult craft tutorial.
Materials Needed (not provided by the library):

Our foreign film screenings on Zoom have been postponed until further notice. In the meantime, check out our staff recommendations on our foreign films page that you can access via Kanopy. Connect to Kanopy here. All films are reviewed by a librarian and are intended mainly for an adult audience.

Join us one Monday night each month at 6:30pm to enjoy a well-reviewed film in a foreign language with English subtitles. No registration needed. Just drop in. All films are reviewed by a librarian and are intended mainly for an adult audience. 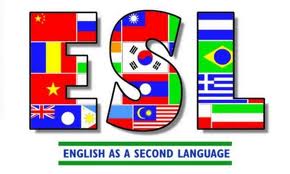 Tuesdays 10:30 - 12 pm
Join us online for these informal sessions to help improve your English conversation skills.

All sessions Suspended until further notice.

We meet on the fourth Wednesday of the month in the Friends Community Room. Must be 18+ to attend.  Just drop in!

Are you a writer looking to network with other writers, share stories and lessons learned? Whether your passion is fiction, non-fiction, poetry, or memoir–come share writing techniques and get supportive feedback.